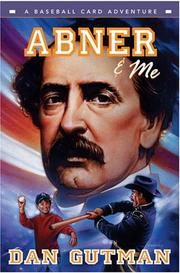 The time-traveling baseball adventures of Joseph “Stosh” Stoshack continue as the young ballplayer seeks to uncover the truth about who the inventor of baseball really is. Like many baseball enthusiasts, Stosh grew up with the legend of Abner Doubleday, and how he had drawn up the rules for the game in Cooperstown, NY during the 1840s. Wishing to meet Doubleday, Stosh finds a picture of the proclaimed father of baseball, and plans his trip to the past. There is a catch, however. His mother, who has been opposed to every time travel trip that he has gone on, now suddenly wants to join him.

Despite the possible dangers, Stosh reluctantly agrees to bring her along, and with picture in hand, the two are magically transported from their home to…the Battle of Gettysburg. Confusion as to why they ended up in the middle of the Civil War’s biggest battle was the least of their worries. As Stosh and his mother dodge bullets, cannon fire, and bayonet charges, they find out first hand just how horrible 19th century warfare is. They are especially shocked by the primitive field hospitals, where a simple bullet wound meant amputation.

While at the hospital, Stosh learns why they ended up at Gettysburg. At this point in time, Abner Doubleday is a Union general who commands troops during the battle. Sure enough, the General makes his appearance, and Stosh is able to ask him the question of the ages: “‘Sir, did you invent baseball?’”
The answer Doubleday gives surprises him, as well as the fact that baseball during the Civil War was a very different game than the modern sport. What surprises him even more, though, is that after all the dangers they faced at Gettysburg, and barely making it home alive, Stosh’s mother wants to go on another time travel adventure! And you’ll never guess where she wants to go next!

What was Doubleday’s answer to Stosh’s question? Did he invent baseball, or is the legend more myth than fact? Although you don’t have to travel through time like Stosh, you must read Abner & Me by Dan Gutman to find out the answers. After all, as Stosh’s mother points out, it’s “educational.”