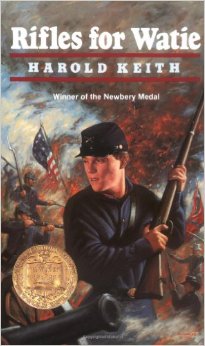 By the spring of 1861, 16-year-old Jeff Bussey has had enough. With the fight over slavery erupting all over the country, he is tired of the pro-slavery Missouri bushwhackers roaming throughout Kansas and raiding the farms of loyal Unionists. The last straw comes when his family farm is threatened by a pair of border ruffians. The following day, young Bussey travels to Fort Leavenworth and enlists in the Union Army.

Longing for the thrill of battle, young Bussey is not disappointed. In fact, he gets the adventure of a lifetime as he and his comrades march to Indian Territory (modern day Oklahoma). However, not everything comes easily for him. First, he makes an enemy of one of his commanding officers who does everything in his power to make Bussey’s life miserable. Next, he falls hopelessly in love with Lucy Washbourne, a strong-willed Confederate girl whose father and brother are a part of the dreaded mounted raiders, led by Stand Watie (pronounced WAY-tee). Finally, Bussey accepts the role of a scout. He must dress up like a Confederate and sneak behind Rebel lines in order to gather intelligence. It’s just his luck that the group he manages to get into turns out to be Stand Watie’s outfit. One misstep with this motley crew means instant death.

Rifles for Watie, by Harold Keith, is a Newbery Award winner and a unique Civil War tale. More than just an adventure story, it’s about a boy who loves the Union deeply; but when he comes face to face with the “enemy,” he discovers that he has much in common with them, and that the true enemy may be the war itself.