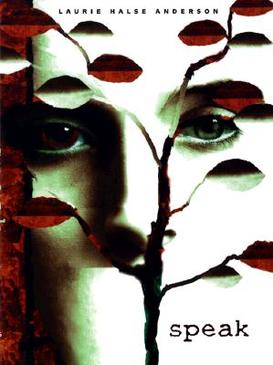 It’s the first day of school for the freshmen of Merryweather High-Home of the Trojans…or the Tigers…or the Hornets…or the Wombats; the school mascot to be determined later. Crowded into the auditorium for orientation, students begin to sort themselves out by their own kind, with the exception of one girl: “We fall into clans,” Melinda Sordino coolly observes, “I am clanless…I don’t have anyone to sit with. I am Outcast.” It was not always this way for Melinda. Up until the summer before, she had been like any other girl. She had a group of close friends, a good academic track record, and a promising future at Merryweather.

All of this comes to a screeching halt a few weeks before the start of school. While at a wild end-of-the-summer party, Melinda does the unthinkable and calls the police, which get a lot of people in trouble. Word gets around about what she did, and even before school begins, she is shunned by nearly all of the student body. Her old friends abandon her, her grades plummet, and she is constantly in trouble with the school and her parents. Nobody knows why Melinda is suddenly acting this way, or why she called the police, because she refuses to talk about it. Despite her persecution, she remains silent. But there is a reason, a big reason- “IT” is the reason.

Speak by Laurie Halse Anderson is the story of a troubled girl who struggles to overcome her fears, doubts, and despair in order to find justice, get her life back, and simply…to speak.